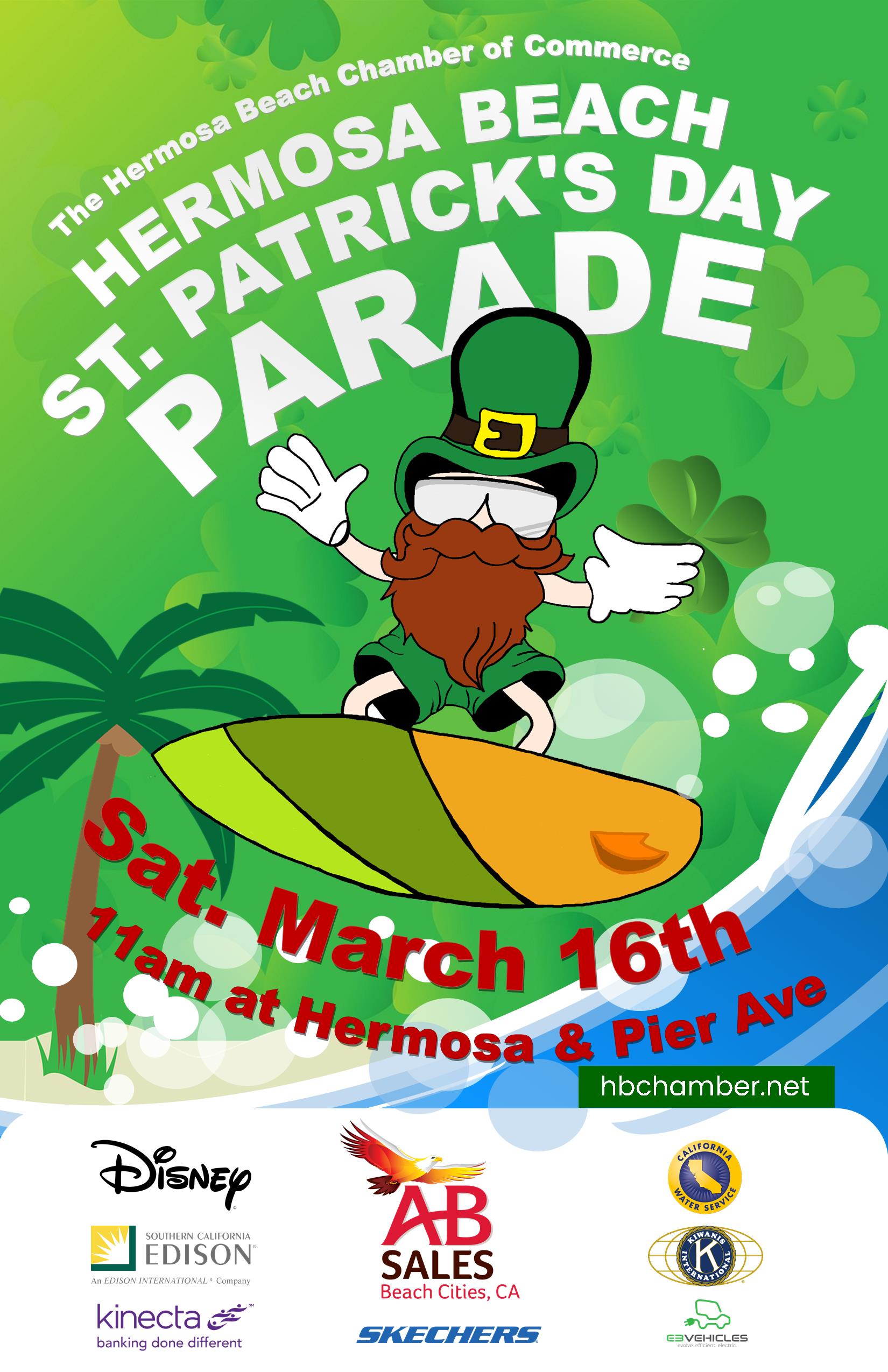 In what has become a popular tradition in Hermosa Beach, the parade draws more than 15,000 spectators and participants who come to enjoy the family event in downtown. Parade enthusiasts also love the great dining, shopping and beautiful beach weather that Hermosa Beach has to offer.

Up to 100 local businesses, civic organizations and school marching bands will take part in the seven-block parade. The Irish theme of Saint Patrick?s Day is celebrated by the many participants including bagpipers, the LAPD Emerald Society, green-clad locals on creative floats and custom-made bicycles, numerous Irish dancers, Storm Troopers, Brazilian dancers and marching bands.

NEW! For the first time ever, thanks to grand marshal AB inBev, the Budweiser Clydesdale Horses will be joining the parade festivities! Participants should look for them marching down the parade route! Additionally, to celebrate the opening of Disney?s live-action ?Dumbo? movie remake, Dumbo, along with the Clydesdale Horses, will be available for pictures on the pierhead from 1-3pm at the conclusion of the parade. Spectators should also look toward the ocean, above the pier, to see Dumbo fly!

Kinecta?s FREE Ice Cream Truck will also be making an appearance! Kinecta debuted their Ice Cream Truck last September. Since then, it has made dozens of appearances around the South Bay handing out thousands of free ice cream treats to residents in the community! Plus, for every Kinecta member who visits the truck, Kinecta donates $1 to Children?s Miracle Network Hospitals. The truck will be parked in Kinecta?s parking lot from 9:30am-1:30pm, located at the corner of Pier Avenue and Valley Drive.

Coming to this year?s parade is radio broadcaster Mark Willard! Mark is a veteran sportscaster, having worked with ESPN, Fox Sports and The Sporting News. Mark will be announcing the parade at the step-off location. In addition, two other residents, George Barks and Adrienne Slaughter ? the Hermosa Beach Man and Woman of the Year ? will be riding down the route. Also,  various dignitaries such as City Council members, Honorary Consul General of Ireland Finbar Hill, Assemblyman Al Muratsuchi and Congressman Ted Lieu will be featured.